To state the obvious, Ford is one of the oldest manufacturers of autos and trucks in the U.S., and its vehicles remain popular with millions of motorists, not only in this country but around the world. For example, it’s estimated that in 2021, despite a worldwide pandemic, Ford sold about 3.9 million vehicles across the globe.

Ford, a brief history of the company

Company founder Henry Ford put his first motorized vehicle together in 1897. It was a simple contraption known as a quadricycle, powered by a four-horsepower engine, riding on bicycle tires, and guided by a tiller rather than a steering wheel. And for good measure, the thing had only two forward gears and no reverse gear at all!

From that humble beginning, with the backing of 12 investors and the whopping sum of $28,000, Ford founded the Ford Motor Company in 1903. Ford proved to be a restless innovator, and as early as 1908 he began putting the nation on gas-powered wheels with the introduction of the Model T Ford. Before production ceased in 1927, 15 million Model T’s had been sold, making it one of the most popular automobiles of all time. Along the way, in 1917 Ford began producing its first truck, the Model TT, based on a reinforced Model T axis.

The Model T was soon followed by another Ford classic, the Model A. The first Model A rolled off the Ford assembly line in 1927, and despite the Great Depression, Ford had sold over 5 million Model A’s by 1931.

The ensuing years have seen the introduction of many more Ford classics. 1955 saw the sale of the first Thunderbird, a model that remains popular to this day, followed by the Mustang in 1964. Other currently popular Ford models include the Ford Bronco, Ford Expedition, and of course, the F-150 pickup, the best-selling truck in the U.S. for the past 40 years.

No matter how well engineered and well built a vehicle may be, over time parts are going to wear out and need to be replaced, everything from batteries to brake pads, transmissions, motors, and much more.

In today’s market, with the prices of both new and used cars at all time highs, it only makes good sense to keep your current vehicle running as long as possible. One of the very best ways to do that is by replacing worn out parts before they start creating major problems. That not only keeps your vehicle on the road but helps maintain its value when traded in or when the vehicle is sold.

Whatever make and model you’re driving, the chances are we can save you a lot of money by providing you with high-quality, used replacement parts. From windshield wipers to engine exhausts and everything in between, the chances are we have it for you at Aero Auto Parts.

If you’re in the market for auto or truck parts, you’re invited to browse our inventory of used parts, and when you find what you need, come by and we’ll have you back on the road in short order.

We may not have parts for a Model T, but the chances are we have what you need for just about any other Ford auto or Ford truck in Chicago, as well as just about any other make or model vehicle, domestic or foreign. We want your shopping experience for used parts to be pleasant and productive. So come see us today at Aero Auto Parts, Chicagoland’s leading used parts dealer. 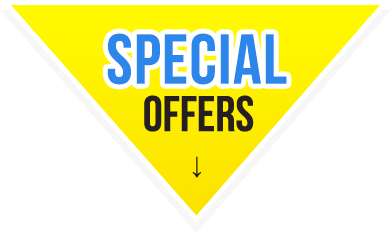 Providing Fast and Friendly
Service for over 50 years!

Decent prices on the parts you need. Honest and informative workers. Reasonable and efficient service. They’re also pretty well stocked and will likely have the part you need for just about any replacement or repair. If not, they’ll order it for you and usually have it in a day or so. Overall, no real complaints on my end. I’d recommend this place.

Over 50 years of service to the Chicago Area